Arborea is heading out on tour March 1st playing shows in Pennsylvania, North Carolina, Tennessee, to Austin Texas for SXSW, and back to the East Coast for shows in Maryland, Washington DC, New York City, and Connecticut. There are some Amazing shows lined up with very Special Guests. We hope to meet lots of new people along the way and also looking forward to seeing old friends:

The Great Paco De Lucia has unexpectedly passed away. Honor his Life...Share his Music and Amazing Artistry!
Posted by Arborea Music at 8:57 AM No comments: 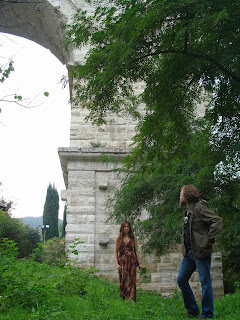 Along with our Official SXSW Showcase at St David's Bethell Hall on Friday, March 14th @ 9:30pm….Arborea will be a part of an Un-official showcase presented by Strange Victory Touring on March 13th @ Charm School Vintage 1 to 5pm. We'll see you in Texas! 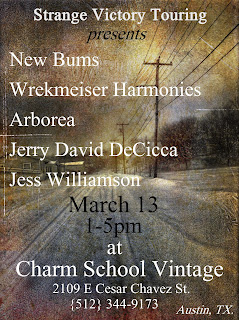 Posted by Arborea Music at 6:12 PM No comments: