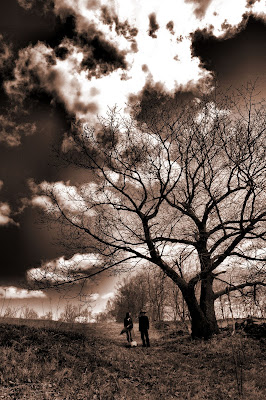 This was the Photo used for the cover of Arborea's S/T record that was released in 2008 by Fire Museum Records. Shanti imagined this artwork for over a year before this photo was finally Realized.